Urinary tract infections (UTIs) in adults are extremely common in both primary and secondary care and it is inevitable that you will be diagnosing and treating these many times in your career. 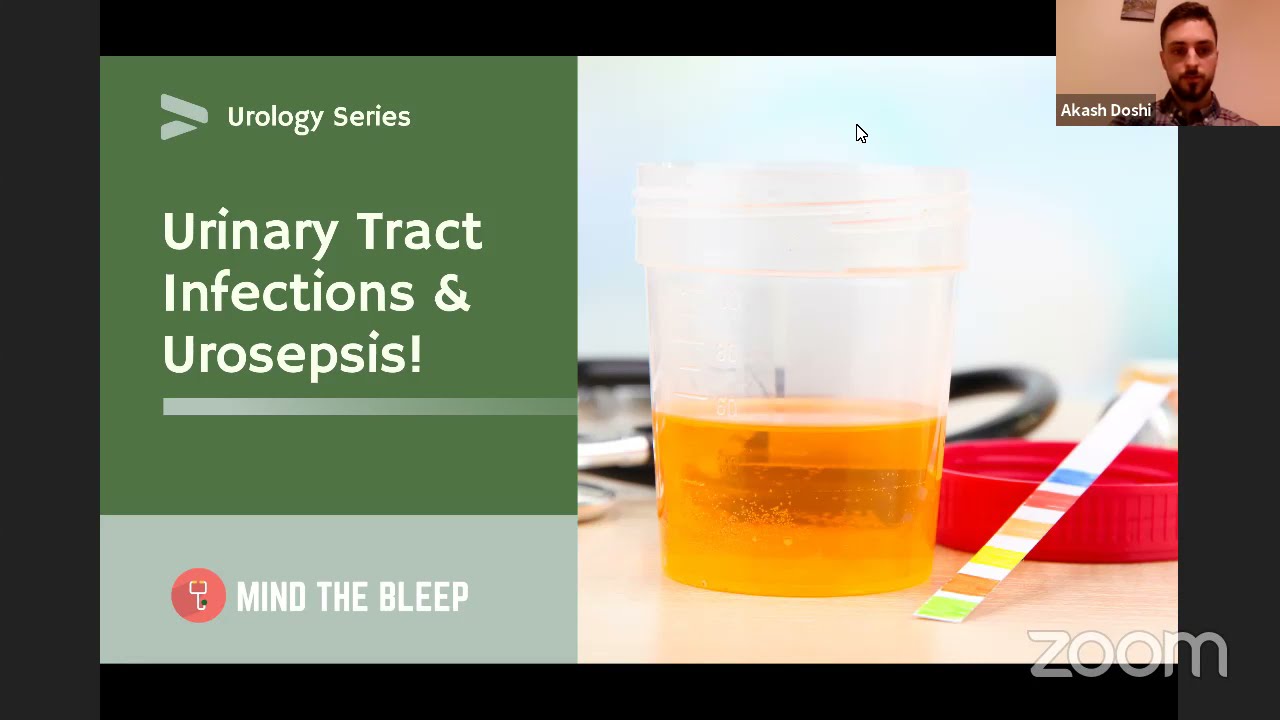 UTIs are normally ascending infections and can affect any part of the urinary tract: urethra (urethritis), bladder (cystitis), epididymis (epididymitis), prostate (prostatitis), kidney and renal pelvis (pyelonephritis), and in the case of haematogenous spread, can cause a renal abscess, or urosepsis. The most common causative organism is E.coli (normally from the patient’s own GI tract).

Broadly speaking, UTIs can be divided into (1) acute uncomplicated UTIs (the majority that you will encounter), and (2) complicated UTIs. Uncomplicated UTIs include acute cystitis and pyelonephritis, and are normally treated with short courses of antibiotics. Complicated UTIs occur in patients with pre-existing urinary tract abnormalities (see below). These are important to be aware of, because an abnormal urinary tract & superimposed infection is more likely to result in serious harm in the acute setting, as well as result in potentially long-term sequelae e.g. renal failure.

Often it will be clear from the history as most patients will have one or a constellation of the symptoms above. A urine dipstick positive for blood, nitrites (produced by gram-negative organisms) and leukocytes will often help confirm this. An MSU sent to the lab for analysis is generally more reliable and you can switch antibiotics later based on sensitivities. Routine blood tests (esp. if in secondary care/suspecting pyelonephritis) such as FBC, U&Es, CRP can also help confirm the diagnosis. In the case of pyelonephritis, imaging such as USS may also be used, or even CT if the patient is not improving/deteriorates or if the diagnosis is not clear.

Initial management often involves starting empirical antibiotics, and your local hospital policy will often detail which ones to use and will specify a duration. Microguide or its equivalent (often found on the trust intranet and can be downloaded as an app on your phone) will provide the most up to date antibiotic guidelines, often taking into account regional trends in antibiotic resistance. This is often subdivided, and will tell you the treatment of choice for recurrent UTIs, catheter-associated UTIs, community-acquired UTIs, pyelonephritis etc.

Generally, a lower UTI treatment course is 3 days in women and 7 days in men; pyelonephritis is usually 7-10 days.

However, if a urine MC&S has been sent, you should review the results of this when available and change the antibiotic if the patient is not improving, based on sensitivities.

If you are worried that the patient has a complicated UTI, you should be seeking the advice of a senior and may need to discuss this further with the urology or renal teams.

Ultimately, you will be diagnosing and treating UTIs many times during your foundation years, and for the most part, these will be relatively straightforward. However, there are a few pitfalls/caveats to be aware of:

Not every elderly delirious patient has a UTI

Delirium is extremely common in hospital, and often multifactorial in cause. (PINCH ME is a useful mnemonic to remember the main ones). However, for some reason, UTI seems to be the first thing most people think of in the context of new delirium! Combined with a false positive urine dip, this can lead to flawed diagnostic reasoning and confirmation bias. It is important to remember that UTIs are just one in a long list of potential causes of delirium, and you should always keep a wide differential. Delirium should always prompt a full clinical assessment, blood tests, review of medications +/- imaging. UTIs may be common, but so is pain, constipation, electrolyte disturbances etc. Inappropriately diagnosing and treating UTIs can lead to unnecessary use of broad-spectrum antibiotics, which can in turn cause complications such as clostridium difficile infections, and in the wider clinical setting contribute to ongoing issues with antibiotic resistance. Delirium may well be due to an underlying UTI, but don’t forget to look for other causes too.

Urine dips are not recommended for patients >65yrs

Urine dips in elderly patients are of no diagnostic value when it comes to UTIs. Up to 50% of people above the age of 65 will have a positive urine dipstick due to asymptomatic bacteriuria. Unless there is clinical suspicion of a UTI, this does not need to be treated. If you think your elderly patient has a UTI, you should send urine for culture and start antibiotics. Whilst these new guidelines have been around for some time, you may well find that in A&E and especially in surgical departments, many will still be using urine dips to diagnose UTIs- 50% of the elderly population will have a false-positive result and therefore you interpret these results with caution.

Routine catheter insertion is not in itself an indication for antibiotics, although you may occasionally come across people who like to ‘cover’ with antibiotics. You can exercise some clinical discretion – for example, antibiotics may be indicated if there have been multiple/ traumatic catheter attempts or the patient has a history of catheter-associated UTIs.

UTIs in men are not normal

Although UTIs are more common in women, they often have underlying normal urinary tracts. When a male has a UTI (especially an upper UTI), this should prompt consideration and investigation of an underlying anatomical abnormality. They may need onward referral to urology (normally as an outpatient).

Prescribing rules are different in pregnancy

UTIs can represent significant morbidity for both mother and baby, so need to be recognised and treated early. Even asymptomatic bacteriuria needs to be treated immediately with antibiotics to prevent development of a UTI; again, you can consult local guidelines/Microguide for the appropriate antibiotic regimen. As a general rule however, note that trimethoprim is normally contraindicated in the first trimester (as it is an antifolate) and nitrofurantoin is avoided in the third trimester (theoretical increased risk of neonatal haemolysis). Make sure to send an MSU before commencing antibiotics.

I don’t know why this is true but it is! Anecdotally, I have personally seen several cases of CT-proven pyelonephritis, with a negative urine dip. Ultimately, you need to rely on your clinical judgement – urine dipsticks are far from infallible and not always the most reliable test.

If someone has sent an MC&S, it should be checked!

Whilst this may sound obvious, in reality, test results are easily missed, especially if the patient has been discharged or moved under a different team. For example, for a patient that is discharged from A&E – the test may have been sent from A&E, but the likelihood that the discharging doctor will check the result a few days later is very low. Sometimes signposting in the discharge summary to the GP that a urine MC&S has been sent, can prompt them to check the result when reviewing the discharge letter (often a few days later, and hopefully by which point the results should have come back). This generally works well as most GP services will be able to access hospital results. Ultimately, however, as with all things in medicine, the responsibility to check and action a test result belongs to the person who ordered the test.

This could be due to non-adherence to treatment, incorrect choice of antibiotics or antibiotic resistance (more common with a number of cycles of treatment), or simply due to the ongoing presence of risk factors that predisposed the patient to a UTI in the first instance. In these cases, an MSU is especially important, to help isolate the pathogenic organism and tailor antibiotic treatment. There’s no reason to expect an improvement in a UTI if the bacteria are resistant to the antibiotics you’re treating it with. If the underlying risk factors aren’t modifiable, and patients experience frequent and/or severe infections, this can sometimes be an indication for prophylactic antibiotics.

There are a few scenarios whereby the management may not be straightforward and you need to refer onwards. These include patients with a complicated UTI (i.e. underlying anatomical or functional renal tract abnormalities), UTIs refractory to treatment, female patients experiencing recurrent UTIs despite good preventative measures or men with >1 episode or signs of an upper UTI, and patients>45yrs that have haematuria that persists after treatment (this should come under a 2WW to exclude malignancy).

Ultimately, however, the majority of UTIs you will encounter will be obvious and relatively easy to treat. Consulting your local guidelines for antibiotic prescribing, and being aware of some of the caveats above will help ensure you don’t fall into some of the diagnostic traps that can sometimes befall new F1s. Happy prescribing! 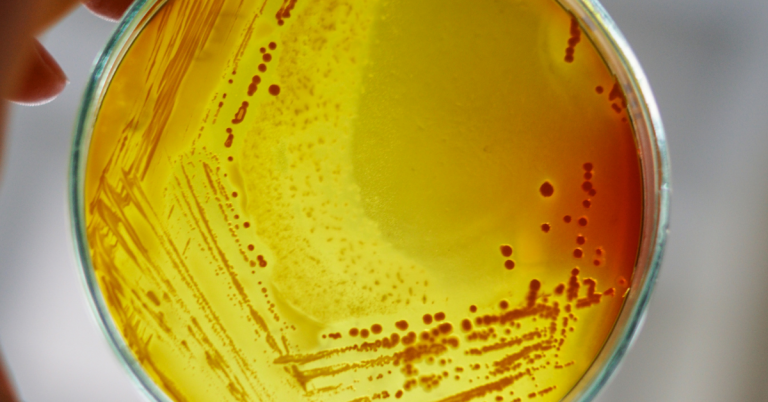 Neutropenic Sepsis
Please read an overview of the management of sepsis before reading... 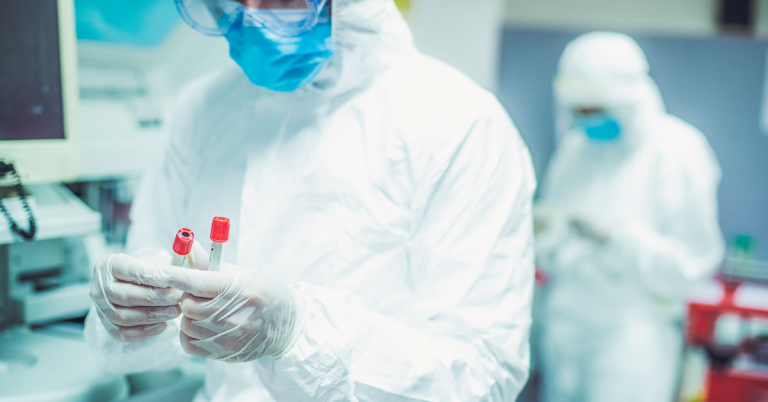 Notifiable Diseases
As a junior doctor, it is your statutory duty as a medical professional... 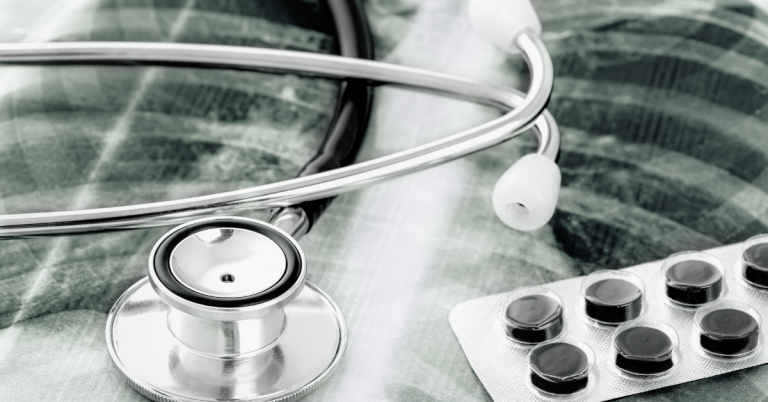 Pneumonia
In this article, we will focus on more practical concerns when...

Junior Doctor Pay Calculator
We’ve created a junior doctor pay calculator which will help you better understand your salary,...
Hyponatraemia
Hyponatraemia (serum Sodium <135 mmol/L) is one of the most common electrolyte abnormalities you will...
ePortfolio
Your eportfolio is a tool to store and record evidence that demonstrates your progress, clinical competencies...
How to take a psychiatric history
Psychiatry, as a specialty is unique in that diagnostic methods, rely very heavily on symptomatology,...
Ranking Foundation Jobs
If you’re worried about not getting your top choice, you shouldn’t worry. It doesn’t...
Preparing for the Situational Judgement Test
Preparing for the Situational Judgement Test (SJT) exam can be quite daunting. It makes up 50% of your...
Audits & Quality Improvement Projects (QIPs)
Audits & QIPs are a way to identify issues, drive changes and assess the effects they have. It is...
Click "Accept" to consent to our privacy policy & disclaimer.
Accept
Privacy & Cookies Policy