Skin cancers have one of the highest global incidences of any type of cancer. Early diagnosis and management of melanoma can be life-saving. Junior doctors are in a position to spot such lesions and it is therefore important to be able to recognise them. The different types of skin cancer can usually be identified clinically, although some are best distinguished by using a dermatoscope or via a biopsy. The three most common skin malignancies include basal cell carcinoma (BCC), squamous cell carcinoma (SCC) and melanoma.

A malignancy arising from basal cells in the epidermis; it is sometimes also called a rodent ulcer. They don’t normally metastasise but can invade local surrounding tissue.

There are several subtypes of BCC, but common characteristics include a papulonodular or plaque morphology with a shiny or ‘pearly’ appearance, central scab or ulceration and overlying telangiectasia.

In darker skin, they are typically pigmented but otherwise, show the same characteristics.

They are most common on sun-exposed sites such as the head or neck region though can involve the trunk and extremities.

The superficial subtype of BCC frequently occurs on the trunk. It may present as a slowly enlarging red, scaly plaque. It tends to be asymptomatic and is sometimes mistaken for an inflammatory condition such as eczema or psoriasis.

BCC is rare in people of colour but sometimes arises in scars.

In most cases, investigations are not required. Dermatologists routinely use dermoscopy to gain additional information over simple inspection. This can highlight the presence of arborizing (branching) vessels. If the diagnosis is not clear, then histology is usually warranted. This might involve sampling such as a punch biopsy or complete excision. Histology can help to exclude alternative diagnoses as well as to confirm the subtype of BCC which in some cases will guide treatment.

It is important to remember that in the UK, likely BCC can be referred to Dermatology routinely rather than via the two-week-wait (2ww) pathway. The latter may be appropriate if there is diagnostic doubt, rapid enlargement or a particularly difficult surgical site such as the eyelid.

Treatment options are dependent on site, size, and subtype, as well as patient factors such as age and preference.

Treatment is primarily surgical excision. The goal is to remove the tumour completely so that it does not recur, preserve function and finally give the best cosmetic result possible for the patient, particularly as many BCCs occur on the face. Radiotherapy is an alternative to excision. Its cure rates are a little less and it is usually offered to the more elderly population. Superficial BCC can be treated topically with imiquimod cream or by curettage (scraping off under local anaesthesia).

SCC is a malignancy from uncontrolled proliferation of atypical epidermal keratinocytes.

SCC classically presents as a red nodule with a central keratin plug. Some cases will show prominent ulceration. Growth tends to be more rapid than BCC and SCC can cause pain. Similarly to BCC, they most commonly occur on the head and neck.

In people with darker skin colour, they present as enlarging skin-coloured nodules or ulcers.

In situ forms of SCC include Bowen’s disease and actinic keratosis. These are pink or red, scaly plaques with variable amounts of scale or hyperkeratosis.

As for BCC, the most common risk factor is cumulative ultraviolet radiation. Other risk factors include fair complexion, age, male sex and immunosuppression. SCC sometimes develops at sites of scarring or chronic inflammation such as a leg ulcer; this is more often the case in people of colour.

SCC is often a clinical diagnosis. Histology may be obtained via punch or incisional biopsy. Curettage is appropriate for confirmation and treatment of suspected SCC in situ.

SCC should be referred on a 2ww basis to the skin cancer MDT (usually Dermatology or Plastic Surgery). The first line treatment of SCC is surgical excision which in most cases confers a good prognosis, although there is a small risk of metastasis, most commonly to local lymph nodes.

However, for SCC in situ, options include curettage & electrodessication, cryotherapy, topical treatment (typically with 5-fluorouracil cream) and photodynamic therapy.

Squamous cell carcinoma is also usually sensitive to radiotherapy so this can be considered for tumours which are difficult to manage surgically. It is sometimes indicated as an adjunct to an excision in high-risk cases.

It is a malignant tumour that arises from melanocytes and it is the most potentially severe of the common types of skin cancer. It can metastasize to lymph nodes and beyond.

Melanoma can arise as a new pigmented lesion or develop in an existing mole. Clues to the diagnosis are changes in size, shape or pigmentation. They are more likely to show irregularity in shape or colour than benign naevi.

There are four major forms of melanoma which are grouped according to their growth pattern. Superficial spreading melanoma is the most common and is usually flat but can become elevated later. The shape is typically irregular and multiple colours are present. Size can vary from a few millimetres to several centimetres.

Nodular melanoma is typically blue-black in colour but amelanotic lesions may be red.

Lentigo maligna melanoma is a more indolent form that usually occurs in an older population. It may arise in a solar lentigo (sun-induced freckle) but will tend to show increasing irregularity of shape and colour, often with much darker components than its benign counterpart.

Acral lentiginous melanoma is more common in darker skin types and occurs on the palms and soles. They are dark, have irregular borders and can ulcerate in later stages. Melanoma beneath the nail (subungual) is a subtype of this.

It can be helpful to consider the following for pigmented lesions.

UV radiation is the main risk factor, particularly intense and intermittent sun exposure. It can be useful to ask about a history of blistering sunburn. Other risk factors include fair skin, family history, immunosuppression and increased moles or freckles.

Dermatologists rely considerably on dermoscopy to differentiate pigmented lesions. Potentially suspicious melanocytic lesions require excision biopsy. The pathologist will specify whether the lesion is melanoma versus a dysplastic (atypical) or benign naevus.

Imaging for metastasis can also be performed if indicated such as CT TAP and MRI brain.

Suspected melanoma should be referred to the skin cancer MDT on a 2ww basis. The lesion is typically excised with a narrow margin in the first instance. Histological features, particularly the Breslow thickness, informs the degree of wider excision required, and identifies patients who may benefit from sentinel lymph node biopsy and other treatment.

There have been major developments in the treatment of advanced melanoma over the last few years, and metastatic disease is now often manageable with immunotherapy and targeted therapy. 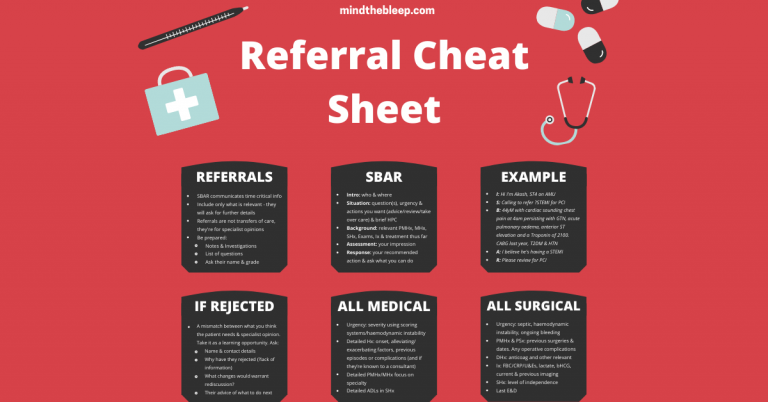 Referral Cheat Sheet
Our referral cheat sheet is our most popular resource having... 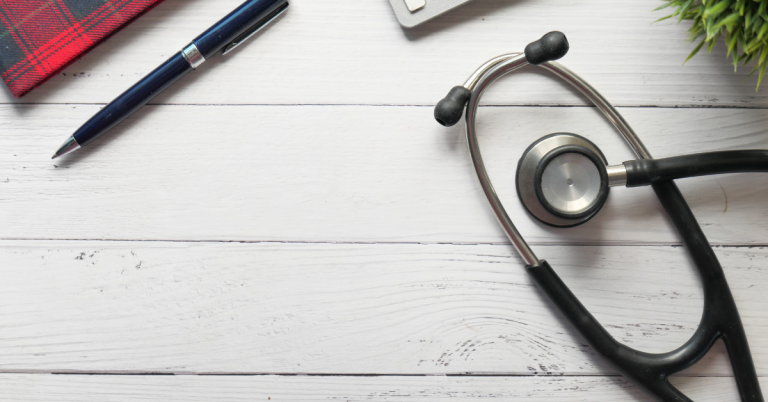 Specialised Foundation Programme - Clinical Station
You will have a total of 10 minutes of interactive time. Prior...

How to plan your FY3
FY3 refers to time spent out of training after completing the...

Junior Doctor Pay Calculator
We’ve created a junior doctor pay calculator which will help you better understand your salary,...
Hyponatraemia
Hyponatraemia (serum Sodium <135 mmol/L) is one of the most common electrolyte abnormalities you will...
ePortfolio
Your eportfolio is a tool to store and record evidence that demonstrates your progress, clinical competencies...
How to take a psychiatric history
Psychiatry, as a specialty is unique in that diagnostic methods, rely very heavily on symptomatology,...
Audits & Quality Improvement Projects (QIPs)
Audits & QIPs are a way to identify issues, drive changes and assess the effects they have. It is...
Ranking Foundation Jobs
If you’re worried about not getting your top choice, you shouldn’t worry. It doesn’t...
Preparing for the Situational Judgement Test
Preparing for the Situational Judgement Test (SJT) exam can be quite daunting. It makes up 50% of your...
Click "Accept" to consent to our privacy policy & disclaimer.
Accept
Privacy & Cookies Policy