Hyponatraemia (serum Sodium <135 mmol/L) is one of the most common electrolyte abnormalities you will see and so a systematic approach to identifying the underlying cause and management is vital. We will use the algorithm below from ESE which is far easier to use than the antiquated system of first assessing their volume status.

If you prefer video tutorials, check out Sweet & Salty. 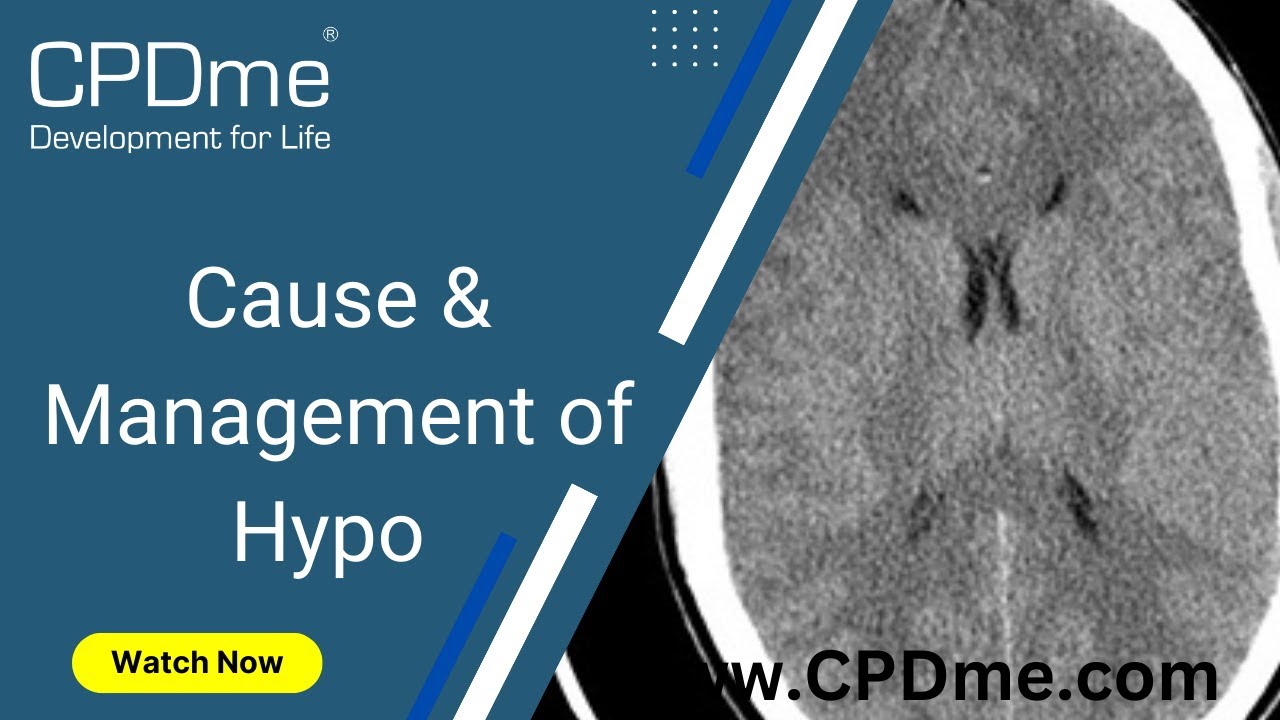 This may require urgent correction when the sodium is ≤120 with vomiting, reduced GCS, seizures or cardiorespiratory distress.

Overall it is rare to have severe hyponatraemia causing symptoms as the brain rapidly adapts (≤48 hours) to the lower osmolality. With the brain used to this lower osmolality, rapid correction with hypertonic saline can lead to dangerous neurological consequences like osmotic demyelination. It may be necessary though to use hypertonic saline if the above life-threatening symptoms are occurring.

Hypertonic Saline
Management in this case is dictated by local guidelines or the ESE as provided above. The aim is to use small volumes of hypertonic saline (e.g. 150 ml 3% sodium chloride over 20 minutes) to achieve a 5 mmol increase. This should be done in an ITU setting with at least an ST4 grade registrar.

Overall, it is safer to assume the patient does NOT have severe symptomatic hyponatraemia & that the neurological or cardiorespiratory features are caused by something else due to the risk of osmotic demyelination.

Chronic severe hyponatraemia (>48 hours) can lead to gait instability, falls & cognitive impairment. As in moderate hyponatraemia, apply the algorithm below.

There is very dilute urine due to either too much fluid or too little salt. Therefore causes include primary polydipsia, low solute intake, beer potomania which can be identified with a thorough history. Management is fluid restriction 750 ml to 1L/24 hours with slow sodium 2 tablets QDS.

Low urinary sodium is an appropriate response to hyponatraemia (i.e. the body is conserving sodium) due to the renin-angiotensin-aldosterone system & ADH being secreted which conserves water (diluting the sodium further). The body releases these hormones whenever it senses the circulating volume and/or pressure isn’t quite right.

This may occur in patients with heart failure, liver cirrhosis or nephrotic syndrome which should be identifiable from the presence of peripheral oedema and/or blood tests (raised BNP, deranged LFTs or protein-creatinine ratio/U&Es respectively). In these situations, fluid restriction to 750 ml to 1L/24 hours and/or diuresis will correct the “too much water” problem.

It also occurs when the patient is volume deplete, either due to D&V, third spacing or remote (“recently used”) diuretics. In this case, treatment with 0.9% sodium chloride will correct this.

This is an inappropriate response as the kidneys are excreting sodium when they shouldn’t be. This is usually due to kidney dysfunction, diuretics or endocrine dysfunction. It is often helpful to request an endocrinology review. It is vital that you rule out any endocrinopathies before considering SIADH.

Differentiating between euvolaemia & hypovolaemia can be difficult. Postural hypotension is a much more sensitive way to pick up subtle hypovolaemia. Strongly consider whether adrenal insufficiency may be the underlying aetiology – the postural hypotension and random or 9 am cortisol will be helpful to identify this. If diagnosed, IV fluids & hydrocortisone 50 mg IV QDS will help treat this.

Bradyarrhythmias
Bradyarrhythmias are abnormal heart rhythms with a pulse rate of <60 beats per minute (bpm). This...
Hypoglycaemia
Management of low blood sugar in conscious & unconscious patients, finding common causes, adjusting medications...
Hypercalcaemia
Serum calcium concentration is tightly regulated between 2.1-2.6mmol/L. Severe hypercalcaemia is a life-threatening...
Reporting Adverse Drug Reactions
The World Health Organization (WHO) defines adverse drug reactions (ADR) as “any response to a drug which...
Junior Doctor Pay Calculator
We’ve created a junior doctor pay calculator which will help you better understand your salary,...
PICC Lines and Midlines
You may well be asked to take blood from a PICC line or be called to see a patient because their PICC...
Safeguarding History – The Basics
Children are vulnerable. Unfortunately, child abuse does happen, and it has a significant and lifelong...
Click "Accept" to consent to our privacy policy & disclaimer.
Accept
Privacy & Cookies Policy